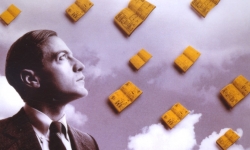 There are 129,864,880 books in the world according to calculations done by Google last August. “Stacked on your nightstand, they’d tower three-and-a-half thousand kilometers in the air,” writes Cathal Kelly in an article from the Toronto Star.

The Most Important Story in the World-

We are the authors of our lives. Each of us has the power to be an evolutionary revolutionary and rewrite our history and our future. We are surrounded by influences of all kinds, yet we have the power to choose how we want to create our experience even when we are ill or just not feeling well.

Reclaiming the power of our own self-narration is radical beyond words. In our culture hearing voices is often called crazy. However, we talk to ourselves all day long. What if we change the story we are telling ourselves?

1. Ask yourself what’s the title of the story you’re in right now. You can rename it and re-empower possibility.

2. If you’re hanging around people whose stories about you or themselves are never ending Greek tragedies, don’t wait until intermission to leave.

Rewrite the title of the story that you’re in and you will create a new ending. You can change from “oh my goodness, why is this happening to me?” to “I am on a hero’s journey, I have strength beyond words.”

This is one of our favorite movies. It’s the story of a British housewife who finds herself trapped in a world of mundane domestic life. She has conversations with a wall in her kitchen.  She’s talking to herself about what she longs for and needs. It’s funny and has a wonderful tender ending.