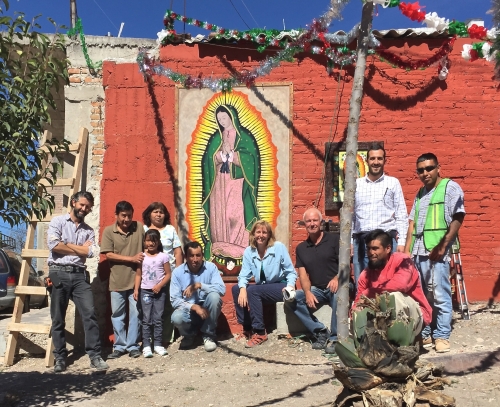 About a year ago we began to have some disturbances in our neighborhood here in San Miguel de Allende in Mexico.

One morning, we discovered very large graffiti covering about 20 feet wide by 10 feet tall on an exterior wall of our house.  In addition there had been a theft at a neighbor’s house. We talked with neighbors and some thought it might be good to hire a night watchman, but no consensus was reached.

Most of all we really didn’t want to create barriers within our neighborhood that is a mix of Mexicans and Gringos. And yet how might we discourage a repeat once we painted over the graffiti? 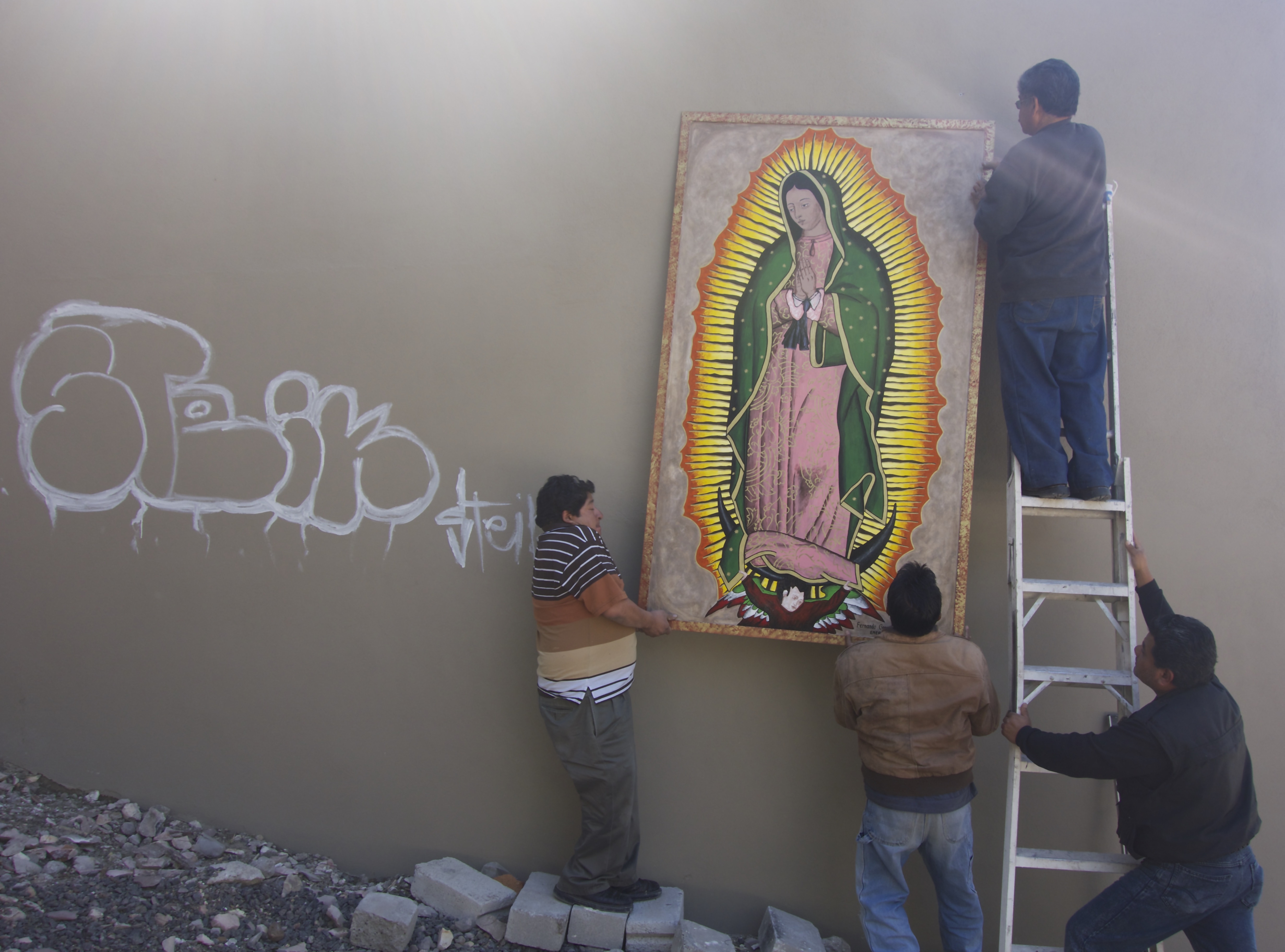 Then we had an idea that wasn’t based in fear.
What if we put a large painting of the Virgin of Guadalupe on the house?

She is a powerful symbol of life in Mexican culture and adorns many homes here.

And then…everything started to fall into place easily.

A Mexican friend knew a local artist who could paint the Virgin on metal so that she could be moved when the construction on the houses next door started that would cover up the wall.

Next, we talked to the construction company who wanted to support good relations since they were going to soon begin to build 4 houses and they offered to pay for half of the Virgin.

Our friend also knew a priest. It was very important to invite the neighborhood to the Virgin’s blessing. He brought loud speakers and announced when the priest was coming. We, and some gringo friends served the neighborhood food and drink afterwards. 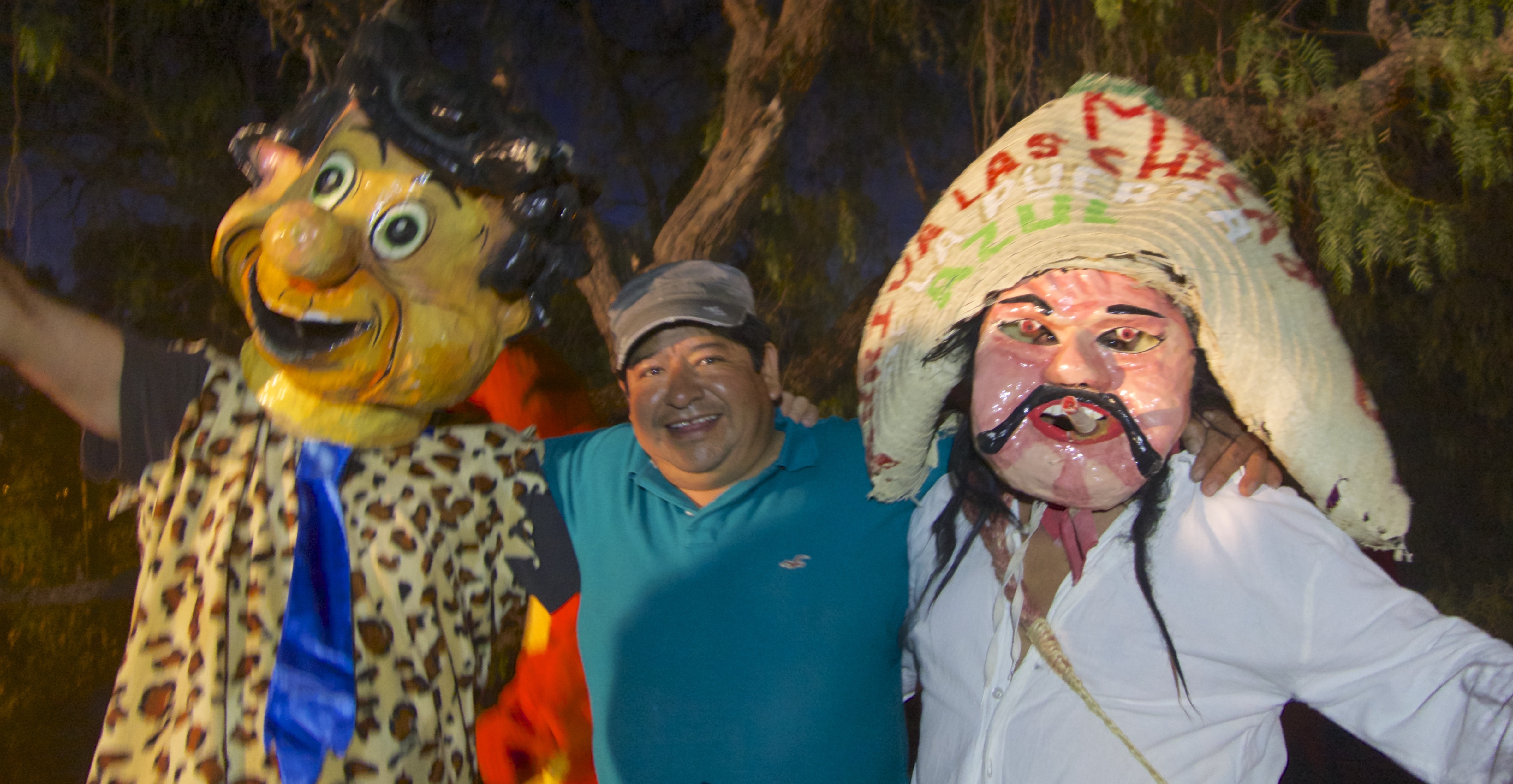 Then our Mexican neighbors wanted to host a “locos” dance for us in thanks. Two weeks after the Virgin was installed David could be seen dancing as Fred Flintstone as our friend’s wife and I served Tamales and a special Mexican drink called atole.

All of a sudden, it seemed as if we had gone from a place of fearing what might happen next to celebrating and dancing with everyone in the neighborhood.

The Virgin of Guadalupe moved recently from our wall to our neighbor Senor Loreto’s home since the houses next door are now being built.  Together with Senor Loreto and son we painted their wall where the Virgin now resides. 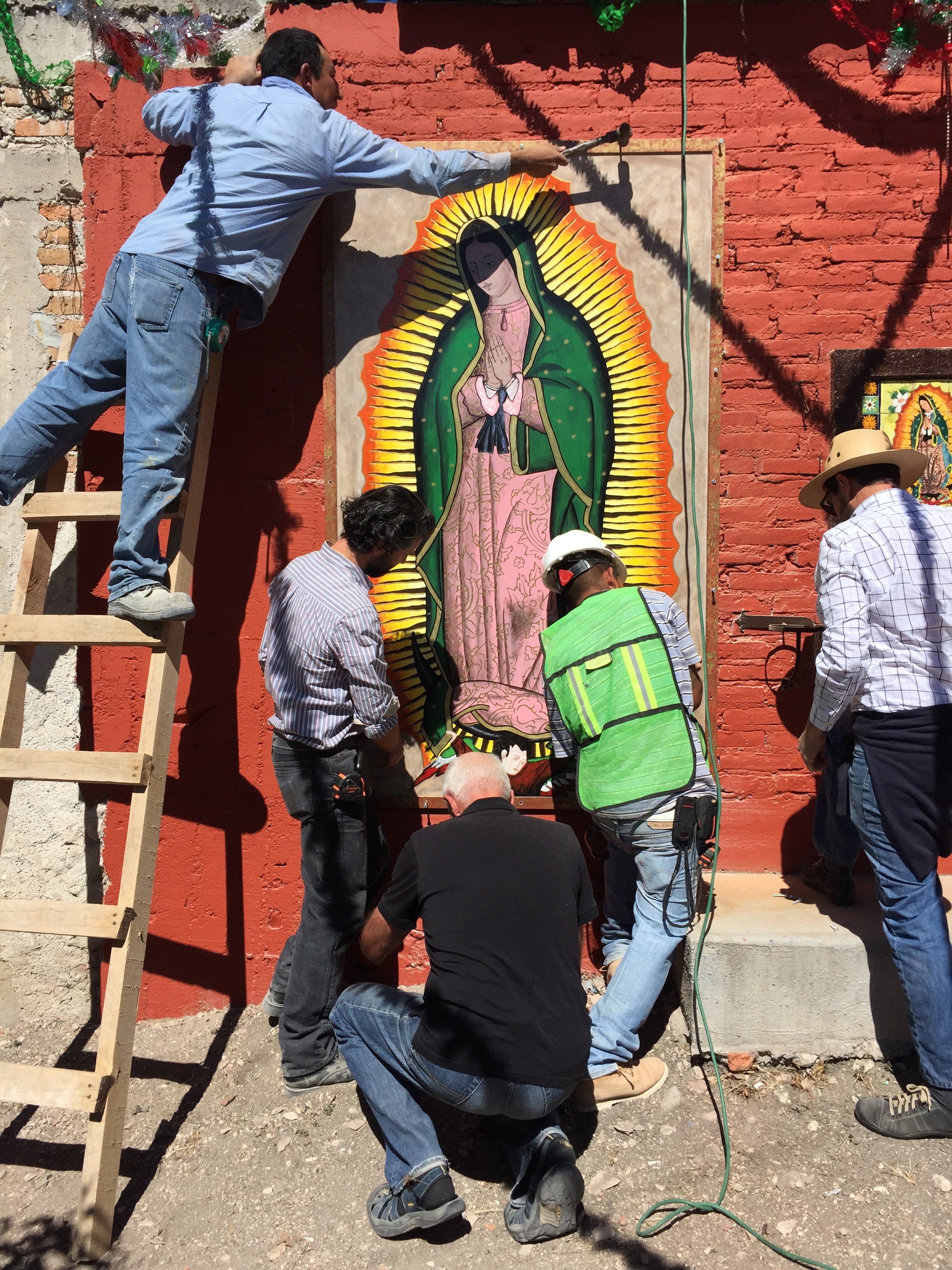 People stop often and have a brief moment of prayer and to leave flowers. She’s been a gift to us and all who pass by her. We became a part of the blessing of the mother.

We chose not to be afraid but to offer a symbol of love, honoring and acceptance.

It’s a great lesson to us in how choosing a path of integration and respect and not acting from fear can bring forth goodness.

10 comments on “Guadalupe -The Game Changer”