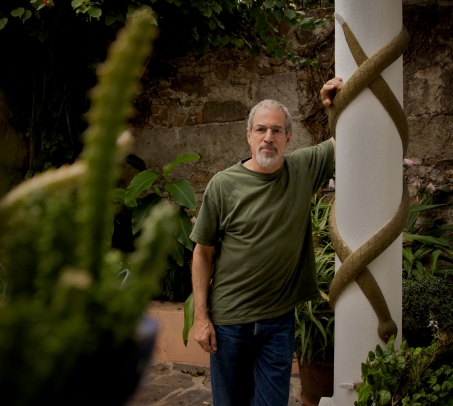 Nineteen years ago, our friend David Z. was on vacation in southern Colorado  with his buddy who he describes as a gray haired, Jewish, neuro-psychologist from Brooklyn. They stayed in a log cabin motel with a bar.

That night, the jukebox stopped playing and his friend asked if he could play the piano and sat down and played boogie-woogie. After one song, the place went wild. As David Z. describes, a Harley rider, with a slicked back pony tail, old fashioned tattoos, wearing an unfashionably tight t-shirt, went outside returning with a whole set of harmonicas and joined in. For David Z. these two guys couldn’t have been more different. They played and high-fived each other and everyone had a blast.

So, one week later, at the age of 50, David Z. bought an alto saxophone and started taking lessons.  He had never played a musical instrument.

As he puts it “I liked music and loved the idea that I could play with somebody so different.  That it could be a bridge between people.”

David Z. now lives in San Miguel de Allende. Three years ago during his first Christmas season, he was watching the Posada where people walk from church to church looking for lodging for Mary and Joseph for twelve days preceding Christmas.

There is a song that is both sung by those in attendance and played by a band at every stop as they walk from church to church.  David Z. kept looking at the saxophonist, Beto, who had a really nice smile. Not being a particularly extroverted person, David mustered up the nerve on the last day of the Posada and approached Beto. In broken Spanish he said that he played tenor sax and asked if he could join them if they played again next year. On the spot, the violinist standing next to Beto suggested that David join their band.

Not only has he been playing with them ever since, but David Z. wanted to share something he loves and give back to his musical friends who have taught him so much. So on a recent Saturday night, we went to a concert here in San Miguel where David Z. and his band played an entire concert of swing and oldies rock n’ roll. 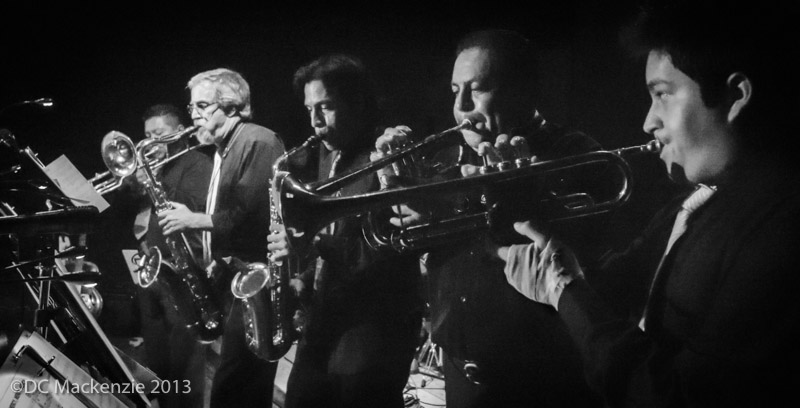 I asked David Z what inspired this wonderful musical event where we enjoyed a mostly Mexican band playing Swing for the first time.

“Through music I’ve bridged worlds. Now after 19 years I probably play like an average freshman in college might play.  It’s good enough to make me happy particularly this Saturday night where I could hear my note harmonizing with others. My life is fuller.”

David Z. has grown wonderful friendships with his band mates. They share meals and birthday celebrations and even going to a Lucha Libre wresting match or two.

David has reminded us to celebrate the harmony that is around us.

Even when our worlds seem so disparate there is music we can tune into to bridge worlds. Not just the music in a song, but the music in your heart or what is music to your ears.  Can we find the “music” in another to join with?

“Making music” can be in an exchange of a smile, or taking delight in the embrace of a child in a mother’s arms. If you hear someone humming in the line at Starbucks, hum along.

So, thank you David for showing us your way of making music and bridging worlds.