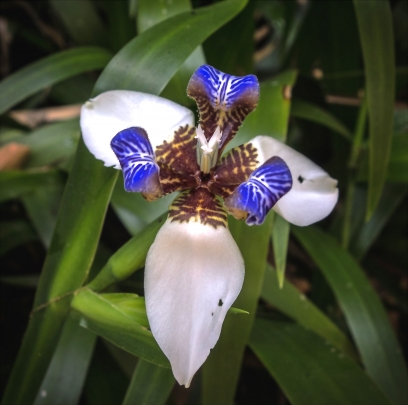 Not often have we come across an article as lucid and informative as the one below.  From Waking Times through Creative Commons licensing we are able to share it with you.

7 Things Self Actualized People Do Differently

The term “self-actualization” was made popular by Abram Maslow in his hierarchy of needs theory of human development. Essentially self-actualization is an existential term indicating the prominent feeling of being fully alive and aware of what it means to be a meaning-creating creature in an otherwise meaningless universe. It is the self-realization of one’s individuated maturity in balance with an interdependent spirit. Self-actualized people have a healthy perception of reality (mind, body, and soul) and practice healthy habits. Here are seven things self-actualized people tend to do differently than the rest of us.

1.) They speak a language older than words

“Crazy wisdom is the articulation in life of the realization that the phenomenal world (samsara) and the transcendental Reality (nirvana) share the same essence.” –Georg Feuerstein

Self-actualized people tend to be acutely aware of the interconnectedness of all things. As such, they are able to form deep relationships with nature. From these relationships develops a profound nonverbal communication, what Derrick Jensen refers to as, “a language older than words.” It’s in the body, resonating within an ancient muscle memory. You have to be still to hear it. You have to be silent to realize how loud it really is. By relearning this nonverbal language, we open ourselves up to the majesty of the cosmos and allow for the inner-workings of nature to rethread itself through us. It can be as simple as the body warning us that we’ve consumed too little water, or as complex as the cosmos pinpointing for us what is the healthy way for a human being to live in an interconnected world. Until we can relearn this language, and once again engage in a healthy dialogue with nature and the cosmos, we will continue to be tricked by the less evolved aspect of ourselves. Self-actualized people are able to learn from this deep dialogue with nature, and are therefore rarely tricked by the less evolved aspects of themselves.

“Solitude is not an absence of energy or action, as some believe, but is rather a boon of wild provisions transmitted to us from the soul. Purposeful solitude is both palliative and preventative. It is used to prevent fatigue and weariness.” –Clarissa Pinkola Estes

Self-actualized people are able to get away from the cultural rat-race and embrace solitude. As it stands, the loss of Soul in our culture has become untenable. Hegel’s “silent weaving of the spirit” has unraveled into discordant knots of anxiety and neurosis. We live in a dog-eat-dog society of nine-to-five wage slavery, brainwashed into working jobs we don’t like in order to buy things we don’t need. Self-actualized people are aware of this. And even if they are currently stuck in such a pattern, they at least understand how important solitude is for the human soul to breathe. In a lot of ways solitude with nature is where we learn a language older than words. But losing ourselves in the wild is about rediscovering a balance between nature and the human soul. It’s about trumping the noisy ego with sacred silence. Solitude teaches us how to be quiet in order to reconnect. We find that the more we open up to the world, the more the world opens up to us.

3.) They are radically creative

Self-actualized people are determined to connect the disconnected by using authentic artistic expression as their vehicle. They are extremely innovative and are able to use rebellion and art as a tool for obliterating unsustainable hierarchies and close-minded elitism. They are not driven by petty revenge or egoistic one-upmanship. They empathize and actualize as they disrupt, seeking not to discredit and embarrass the status quo with their mischief, but to shock it into becoming more authentic. Self-actualized people celebrate the soul instead of the conditioned reflexes of the ego. They celebrate through their radical artistic expression, and they love what they profane. Weaving their knowledge and experience together in creative ways, they stir up the stagnant status quo, honoring their engagement with it even as they tweak it out of its extremism. They understand intuitively what Martin Luther King Jr. meant when he said, “Those who love peace must learn to organize as effectively as those who love war.”

“When the creative power of the universe becomes conscious of itself, it manifests as joy. You don’t have to wait for something “meaningful” to come into your life so that you can finally enjoy what you do. There is more meaning in joy than you will ever need. The “waiting to start living” is one of the most common delusions of the unconscious state. Expansion and positive change is more likely to come into your life if you can enjoy what you are doing already, instead of waiting for some change so you can start enjoying what you do.” –Eckhart Tolle

Self-actualized people realize that the universe itself is a vibrating orchestra of varying frequencies all in superposition with each other. Essentially, mindful meditation is the act of familiarizing ourselves with our own unique contribution to this orchestra. Learning how to meditate is becoming present to the interconnectedness of all things. When we meditate we come to realize that we are both the seer and the seen. We are an extension of the universe becoming aware of itself. This is the importance of presence. Being in the moment, and especially being quiet and listening to what the moment has to say, is the foundation of healthy, mindful meditation. Self-actualized people understand that with enough meditation practice we can, like Thomas Berry said, “Move the human community from its destructive presence on the planet to a benign or mutually enhancing presence on the planet.”

5.) They are able to form deep relationships

Self-actualized people practice relationship-based love as opposed to the ownership-based love that is rampant in our society. They are able to integrate rather than segregate. They understand that a healthy relationship is neither other nor self: it is both at once. We live in a world of immeasurably complex relationships that can only be understood when the veil of deceit and spoon-fed lies drops and we are able to engage with each other respectfully. Self-actualized people are able to see through the smoke screen and can therefore engage each other with authentic in-the-moment presence. They can listen deeply, without having an agenda, and they understand that being truly loving is not achieving a state of invulnerability but achieving a state of absolute vulnerability. Compassionate honesty is their mantra and authentic communication is their vehicle toward deep connection. This is, as Daniel J. Siegel wrote, “How we dissolve our sometimes confining sense of “I” and become a part of an expanding identity, a “we” larger than even our interpersonal relationships. It is how we integrate integration.”

6.) They are able to let go and forgive

“We need a more capacious model of love. In this model, love is not predicated on sharing each other’s world as we might share a soul. It is predicated, instead, on sharing it as we might share a story… If stories only succeed when we consent to suspend disbelief, relationships require of us something similar: the ability to let go of our own worldview long enough to be intrigued and moved by someone else’s.” –Kathryn Schulz

Two of the most difficult things a human being can do in this world are to forgive and to act with compersion. Self-actualized people are able to do both of these things. They have the ability to let others live the way they need to live and the ability to let things go. Letting things go is a painful process of maturity. It requires an almost saint-like disposition toward reality. When it comes to love and relationships it requires compersion: contrasted with jealousy as a feeling of joy associated with seeing a loved one love another. Perhaps the only other emotion more difficult to master is forgiveness. And sometimes we need both in order to grow and mature in life and in relationships. Self-actualized people understand this and are able to set their egos aside in order to love holistically and with compassionate detachment. Letting go and acting with forgiveness is trumping Small Mind, which is petty and personal, with Big Mind, which is holistic and mature. Like Rebecca Goldstein wrote in Plato at the Googleplex, “We become more worthy the more we bend our minds to the impersonal. We become better as we take in the universe, thinking more about the largeness that is, and less about the smallness that is us.”

7.) They are emotional alchemists par excellence

“The greatest weapon against stress is our ability to choose one thought over another.” –William James

Self-actualized people are perennial alchemists. They have the ability to transform anger into strength, fear into courage, and jealousy into compersion. They know how to empower themselves by controlling their “negative” emotions through “positive” action. Self-actualized people understand that the action truly is the thing. Most people act the way they feel. But this doesn’t have to be the case. We do have a choice. With enough discipline and practice we can actually feel the way we act. For example: you can “feel” scared but “act” courageous.  Similarly, you can “feel” road rage but “act” calmly. With enough practice you can eventually feel the way you act. Through emotional alchemy, happiness truly is a choice. Charlie Chaplain said it best, “Smile though your heart is aching.” Self-actualized people know how to transform demons into diamonds, wounds into wisdom, and pain into strength. They make it a habit to consistently seize the moment and make the most of it. Like Aristotle said, “We are what we repeatedly do. Excellence, then, is not an act, but a habit.”

Gary ‘Z’ McGee, a former Navy Intelligence Specialist turned philosopher, is the author of Birthday Suit of God and The Looking Glass Man. His works are inspired by the great philosophers of the ages and his wide awake view of the modern world.

One comment on “7 Things Self Actualized People Do Differently”